A West Dorset smallholder has been ordered to pay £530 and is banned from keeping poultry and pigs for ten years after causing unnecessary suffering to chickens following a court hearing in Weymouth.

On 17 September 2018, at Weymouth Magistrates’ Court, Richard Thomas Hansford, aged 67, of Weymouth pleaded guilty to four offences under the Animal Welfare Act 2006 and the Welfare of Farmed Animals (England) Regulations 2007. These offences related to four chickens kept on a small patch of land at Lewell near Dorchester.

The Court ordered Mr Hansford to pay fines totaling £300, prosecution costs of £200 and a victim surcharge of £30. The court also imposed a ten-year ban from him keeping any poultry or pigs.

In February 2017, Dorset County Council’s trading standards service received a complaint about Mr Hansford’s chickens and visited the land he kept them on just outside Dorchester. They found the chickens in a large, muddy pen with no coop or place that they could be protected from predators or the weather. At the time of the visit the weather was bitterly cold which meant that any water left out for them was frozen. The available water was not clean as all the containers had green algae growing in them. 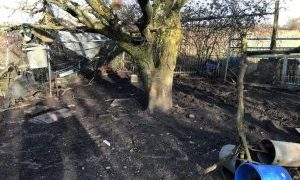 The court heard that Mr Hansford had received numerous visits and advice on how to care for his animals over a ten-year period but had continued to ignore this. In January 2017 Mr Hansford had signed a formal caution for almost identical charges relating to pigs he also kept on the land.

In mitigation, Mr Hansford stated that he had been a gamekeeper for 19 years and had done his best to look after his animals. He told the court he had suffered from depression for several years.

Sentencing him, the chair of the Magistrates said that Mr Hansford had caused distress to the animals for a significant period and that this was compounded by not adhering to the advice given to him by Trading Standards.

Councillor Andrew Parry, Cabinet member responsible for Trading Standards said: “The welfare legislation for animals sets out very clearly the acceptable standards that those keeping animals must meet. Any person keeping livestock must be in a position to adhere to these standards at all times. Our officers always try to work with keepers to ensure the standards are met but if this advice is repeatedly ignored we will have no option but to take formal action.”