A shop in Gloucester city centre used almost exclusively for the sale of illegal tobacco has been closed for business for 3 months.

On July 7th 2018, Asian and European Store, located on Eastgate Street, was effectively closed and banned from trading for 3 months – no one is allowed access to the shop area until early September.

This shop was identified as one of the most prolific sources of illegal tobacco in the city– observations during authorised surveillance have suggested that the shop could be turning over between £1.3m to £2m per year.

Since April 2018 Trading Standards have seized approximately £26k worth of illegal tobacco and £20k+ of cash from the shop or individuals associated with it.

A spokesman from the council said, “This was just the tip of the iceberg as our repeated enforcement activities mainly identify ‘foot soldiers’ whilst the ringleaders operate in the shadows. Although significant, this loss to the shop was having little effect on trade so assistance was sought from Gloucestershire Police which obtained the closure order on the council’s behalf.”

“This closure is a significant disruption of the illegal tobacco trade in the Eastgate Street/Barton Street area of Gloucester; it also supports local businesses and contributes to the smoking cessation agenda.”

“It will send a very visible message to the area as the shop is boarded up and the closure notice, along with anti illegal tobacco material, is clearly displayed.” 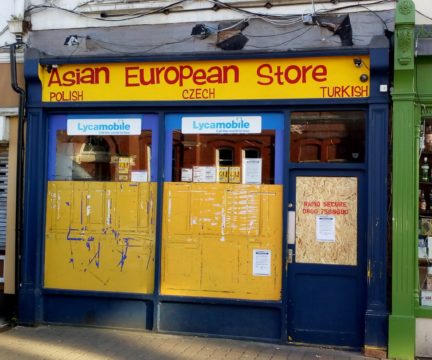