A car wash owner from Lydney has been convicted under the Animal Welfare Act 2006 with causing unnecessary suffering to a ram.

At Cheltenham Magistrates Court on Monday 19 November Farhad Khalil Ahmed was sentenced to a 12 month community order after pleading guilty to one offence relating to the slaughter of a male sheep.

He admitted to being filmed cutting a ram’s throat as an accomplice helped him restrain the animal. The video, originally obtained by Caerphilly Trading Standards officers in an unrelated investigation, was passed to Gloucestershire Trading Standards who interviewed Mr Ahmed for offences under the Animal Welfare Act 2006.

Mr Ahmed entered a guilty plea today at Cheltenham Magistrates’ Court and was convicted of a single offence of causing unnecessary suffering to the ram under Section 4 of the Animal Welfare Act 2006.

The magistrates determined for the purposes of sentencing he had medium culpability with greater harm. He was given a discount for his early guilty plea and was sentenced to a 12 month community order with the requirement for him to undertake 150 hours of unpaid work. He was ordered to pay the full prosecution costs of £1,700 and an £85 victim surcharge.

Cllr Dave Norman, cabinet member for public protection said: “I would like to congratulate our Trading Standards Animal Health Team for bringing this offender to justice. This animal clearly suffered a horrific death at the hand of this person and his accomplices.”

“Our Trading Standards team work to ensure the strict welfare standards for farm animals are followed at all times.” 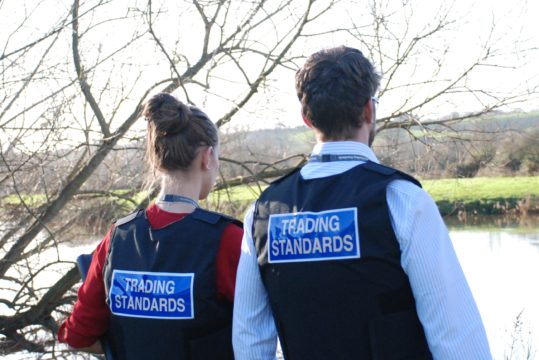