A Shaftesbury farmer has been fined for illegally moving cattle to and from his farm while under a movement restriction and for falsifying records relating to the identity of calves.

Identification of cattle and movement restrictions are in place to help prevent disease spread in livestock and to provide traceability for animals entering the food chain.

Officers visited Mr Garrett’s farm on 4 July 2017 to inspected his cattle. When they returned to the farm three days later they noted that several of these cattle were no longer on the farm. When questioned, Garrett declined to say where the cattle had gone.

Officers also used DNA tests to check the identity of two of the calves, revealing them to be false. It was found that Garrett had ordered replacement ear tags for these calves to change their identity.

The Court heard that Mr Garrett’s farm was inspected by the Rural Payment Agency in 2014 who found some serious discrepancies in his calf record keeping. As a result of this they requested the return of a number of calf passports. Mr Garrett continually refused and so in 2016 he was served a notice restricting the movement of all cattle onto or off the farm.

Since that date the court heard Mr Garrett had moved cattle on numerous occasions up to January 2019. He was prosecuted in relation to 16 of the illegally moved cattle.

Cllr Andrew Parry, Cabinet member with lead responsibility for Trading Standards, said: “Intervention by our trading standards officers is an important part of providing protection for the food chain. There are long established rules on recording the identity of cattle to provide traceability, confidence and reduce the spread of disease.” 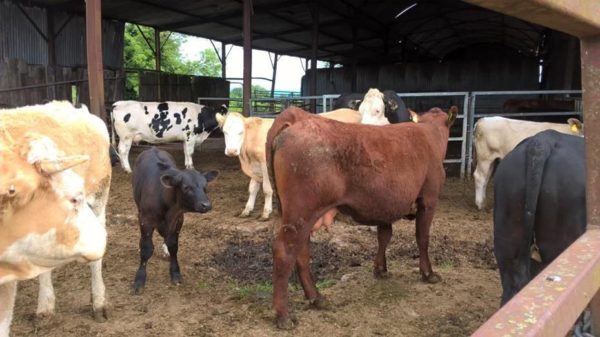