A 60-year-old man from Exeter has been charged with illegal money lending and money laundering offences.

It follows an investigation by the England Illegal Money Lending Team (IMLT) working in partnership with Devon, Somerset and Torbay Trading Standards and Devon and Cornwall Police.

The suspect was arrested after a warrant was executed at his home yesterday (8 January) and documentation and electronic devices were recovered.

The case is due before Exeter Magistrates’ Court on Friday, 14 February. Nationally, Illegal Money Lending Teams have secured more than 394 prosecutions and related activity, leading to nearly 480 years’ worth of custodial sentences.

They have written off £74.9 million worth of illegal debt and helped over 29,000 people.

Speaking to www.DevonLive.com yesterday, Paul Thomas, Head of Devon, Somerset and Torbay Trading Standards Service said: “Loan sharks destroy lives. They profit from the most vulnerable in society and we work closely with the England Illegal Money Lending Team, the police and other partners to stamp out this illegal practice.” 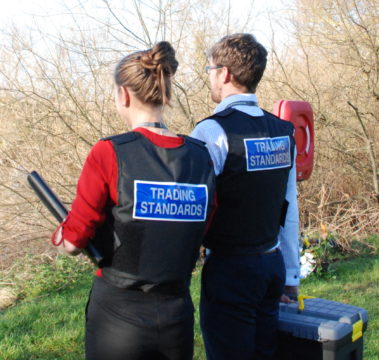